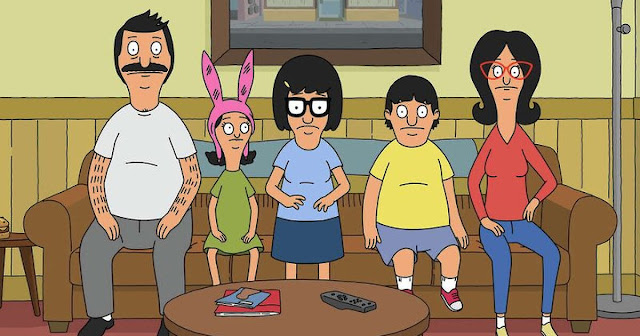 Bob’s Burgers is the latest adult animated TV series to get a movie treatment. We’ve seen shows like South Park, The Simpsons and even Aqua Teen Hunger Force get their shot at the big screen. The question for any series that gets the chance for a movie is how do they make it feel like a movie and not just a long episode of the show? Thankfully, The Bob’s Burgers Movie is able to take all the best aspects of the show and turn them into a feature length movie with plenty of success.

If you’ve been watching the most recent season of the show, they have been slowly building up to this movie. Everyone’s favorite restaurant family, The Belchers, have a big situation on their hands. A sinkhole has formed right in front of their building, causing customers to not have easy access to their restaurant. To add fuel to the fire they are close to losing the restaurant if they can’t make loan payment to the bank. With no customers coming in and their payment deadline inching closer each day the kids try to solve a mystery that may very well help save the restaurant.

Jumping right into it, this movie is a lot of fun. If you are a fan of the show, there’s no doubt that you will enjoy the movie. The filmmakers do everything right in turning a 22 minute per episode show into a 102-minute feature film. There is plenty of fan service here, but the movie still works well even if you aren’t too familiar with the show. One of the biggest problems with turning a series into a movie is running the risk of alienating yourself to just fans of the show but The Bob’s Burgers Movie does plenty to make any newcomers welcome and might even draw in some new fans.

The cast of the show has always been one of the highlights. Every voice actor is always giving it their all and here is no different. However, it’s Kristen Schaal as Louise who is really getting the bulk things to do and she knocks it out of the park. All your favorite characters from the show make appearances here and there, including a lot of recurring characters who may have only been in a few episodes. For those who are fans of the musical numbers on the show will be happy to know that there are plenty of songs here and none of them disappoint.

Like I mentioned before, fans of the show are going to really enjoy this movie. If you aren’t familiar with the show or watched it a few times and it wasn’t your cup of tea, I would tell you to give this a shot because it might just surprise you. The jokes are nonstop and the majority of them land, the animation gets a nice upgrade and most importantly the movie is entertaining from start to finish.